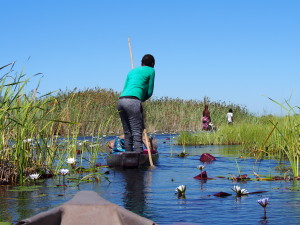 The Okavango Delta is a beautiful site that is UNESCO world heritage listed, which falls under the Moremi Game Reserve.

The delta receives water it’s  water from Angola, from the river Kavango. The river name changes to Okavango when it crosses into Botswana. Despite the close proximity of Angola to Botswana it takes three months for the water from Angola’s wet season to make it’s way into the Delta.

To get into the Delta some locals, polers, push a traditional Mokoro Canoe through the waterways amongst the reeds into the campsite. The guide of my canoe was Flora, who did a brilliant job. The polers are all people who are local to the area and who have been government trained to work in the industry to guide tourists as well as take care of the Delta. 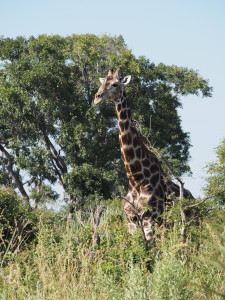 The lead guide of the excursion was a really fun and knowledgeable guy called Galaxy; he led us for two game walks one sunset, one sunrise, and a sunrise mokoro paddle through the waterways. Due to the heat around Africa, the vast majority of animals sleep through the middle of the day and only become active in the early morning or late afternoon, so outings we did were at the cooler parts of the day.

It was great to spend two nights camping in the Delta, far from any electricity, shops or wifi. The group of local guides and polers who accompanied us made the trip so much fun. Their enthusiasm for the environment and their cheery disposition made a hot an uncomfortable environment an enjoyable place to be. 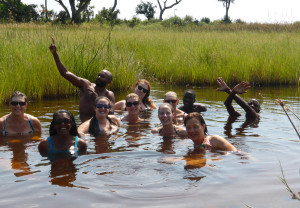 Despite having seen several National Parks already, it was nice to see the delta as the environment was quite different to the other places I had been. The wetlands were home to a huge variety of bird life, in the water we were also able to spot some crocodiles and plenty of hippopotamus.

In the dry areas of the delta I was a little disappointed with how little wildlife we saw, but it is called wildlife for a reason. We came across a herd of Zebra, Wildebeest, some Giraffes, and a lone Steenbok bouncing away from us in the long grass.

In the middle of the day, Galaxy sought out a nice quite waterhole that was free from crocodiles and hippopotamus, where we were able to cool off with a quick dip in the water. Despite my nervousness, it was loads of fun and quite the relief from the heat. 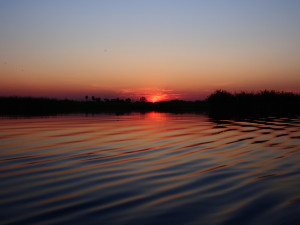 In addition to seeing some animals in our walk, we learned that the delta has a wild sage growing that works really well as a mosquito repellent. We also learned that the uninhabited and inactive termite mounds are used by the locals to make bricks. The construction of a termite mound is very strong, like concrete. So once a mound has been deserted, the locals will break up the mound, crush the compound into a fine powder, mix it with water and create bricks to use in the house construction.

We spent the last night of our stay in the delta watching a singing and dancing performance by our local crew. It was such a privilege for me to enjoy such a personal performance that gave some insight into the local culture. We followed it up with a bit of a sing-along and some games. 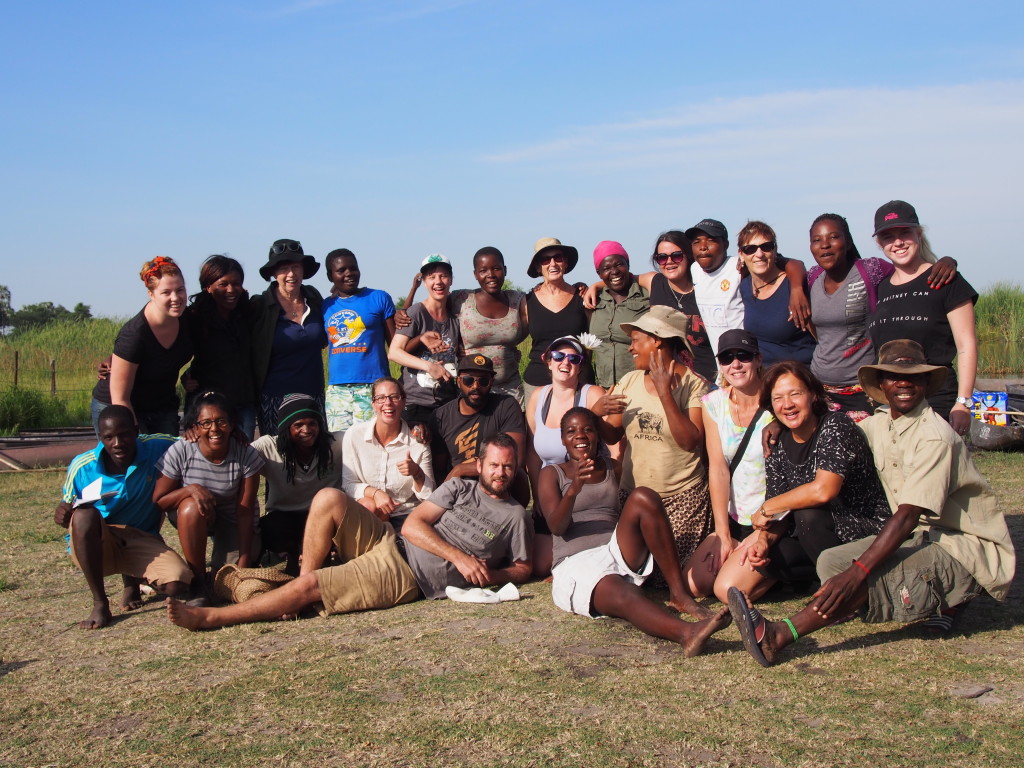 In discussions with Galaxy, we talked about the big five, and he went on to mention that there is also a small five, ugly five and pretty five. 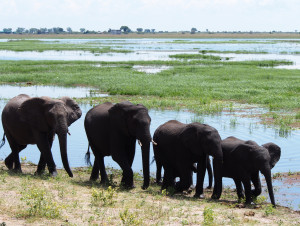 After saying goodbye to my Nomads tour group, and having a few days to enjoy Victoria Falls, I met my new tour family. I booked a tour from Vic Falls to Jo’Burg with On The Go tours, which was provided by ATC (African Tour Company). My new tour crew were guide Will, cook Mama Flo and driver Aaron.

Together with the crew and 12 new travel tour family members we set off for Botswana. The population of Botswana is just over 2 million and the most common language is Swana, though many people speak English. 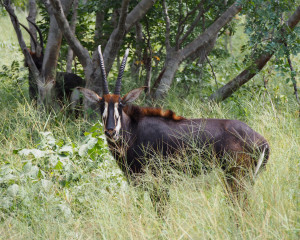 The Swana people are more reserved and shy than some other African people, but a smile with the greeting “Dumela” is a fantastic ice-breaker. 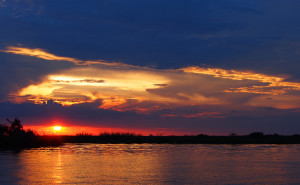 The Chobe National Park is around 11.7 square kilometres and has a very high concentration of elephants, most likely due to the year-round availability of water.

In a long afternoon I did both a game drive and sunset cruise in the national park. In addition to see loads of elephants, we saw some Chakma Baboons, Sable Antelope, African Giraffes, Impala, Kudu, Zebras, Crocodiles, Buffalo and a Tawny Eagle.

Visiting the Chobe National Park was a lovely introduction to Botswana.