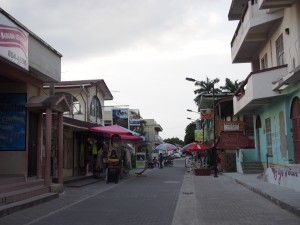 San Ignacio was our first of two stops in Belize. Interestingly Belize is the only english speaking country in Central America, and despite being told it would be quite different to the other countries, I didn’t believe it until I experienced it myself.

The town of San Ignacio was a very small, sleepy, Rastafarian town.  The mix of races is predominant, and it has a much more caribbean feel than any of the previous places we visited.

While the town didn’t have a whole lot to offer, it was a gateway to a number of outdoor activities. There were loads of options, but we did two days of caving in one form or another. The tours we booked were through Maya Tours and I was impressed with their service and professionalism.

The Actun Tunichil Muknal cave is a bit over an hour drive from San Ignacio in the Tapir Mountain Reserve. To access the cave is a 45 minute hike through the jungle and with three river crossings. The water thankfully, isn’t too cold. 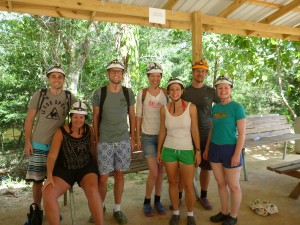 The cave entrance is a pool of crystal clear, turquoise water. At this point you double check your helmet is done up, turn on your light and swim into the cave.

Throughout the cave the water varies between ankle deep and swimming depth. There are many amazing caverns, rock formations, stalagmites, stalactites and crystallisations to be seen. The cave itself is absolutely stunning and worth the visit. In the depths of the cave there is a ladder, which you climb to gain access to a large dry chamber which was used by the Mayans to perform rituals and sacrifices.

In the dry chamber are many broken pots, but more interestingly many calcified skulls and skeletons. The most famous is the full skeleton of a young adolescent boy, which is referred to as “The Crystal Maiden” (it was initially though to be the skeleton of a female).

Due to accidents in the past cameras have been  banned from the caves, so unfortunately I have no photos to share. 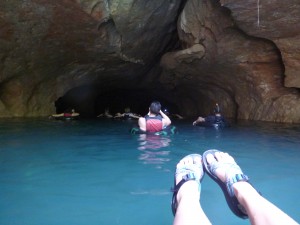 Cave Tubing is another fantastic way to spend time in sunny hot Belize. Access to the entry point is roughly a 45 minute walk through the jungle carrying your tube and life vest. At the entry point is a ladder down to the water level.

After a quick swim, everyone jumps in their tube and paddles into the caves to start exploring the cave system by water. The only down side was that there wasn’t much water flow, so we spent a great deal of time paddling ourselves down the river. 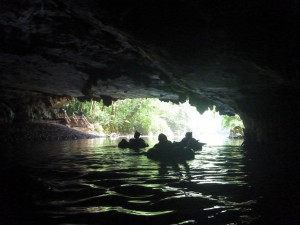 As you paddle you enter and exit caves. Through the various caves you can see bats, stalactites and waterfalls. There are a few short stretches where the water is shallower than at other points. This is where you get to lay back, relax and ride the water flow.

The time spent in the water would have been roughly two hours. While our arms may have been a little tired from paddling at the end of the trip, it was otherwise a very relaxing and pleasant experience. 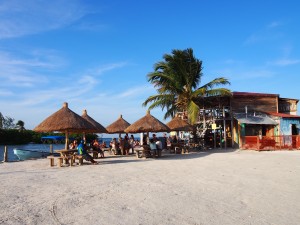 Caye Caulker is a Belizean Island off the easter coast of Belize in the Caribbean Sea. The island is 8.2km long and 2km wide at it’s widest point. It is made of limestone coral, and the ground everywhere is a powdery white.

Against the white ground and sand, the water appears as a stunning turquoise colour. Caye Caulker is a hub for tourists wanting to chill out, relax, snorkel and dive. It also seems to be a hub for people who want to party.

We had two full days on the island, the second day was spent simply relaxing and soaking up the atmosphere, wandering the island and enjoying the food and drink.

The first day we spent on the island, we did a full day sailing and snorkelling tour which was absolutely FANTASTIC!! We sailed out to the reef and had the good luck of being visited by a pod of dolphins along the way.

The first reef we went to, we all put on our snorkelling equipment and explored at our own pace. We saw some beautiful live coral and loads of varieties of colourful fish. 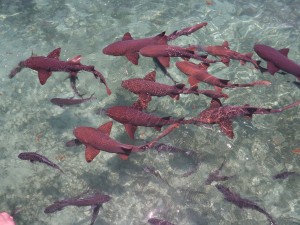 Arriving at our second reef stop, a school of nurse sharks swam up to the boat expecting to be fed. We did not feed them, but being a tourist destination this is a major issue caused by tourists wanting to see animals in the wild. They feed them and the animals become conditioned to expect food when a boat arrives in their area, it changes their natural behaviours.

After a short while the sharks realised we wouldn’t be giving them food, as they dissipated, we geared up and jumped on in. We were split into two groups and had guided snorkelling sessions. The guide took the opportunity to tell us the various types of fish and coral that we could see, we were shown the sleeping sharks and also a moray eel. 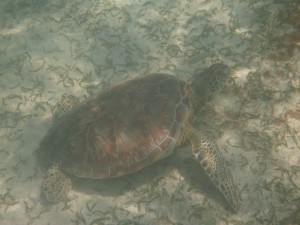 After ‘swimming with sharks’ we enjoyed a tasty lunch on the boat deck before heading to the third reef stop. This was a much shallower section of reef but by far my favourite simply for the fact that we had the opportunity to observe sea turtles. It was just amazing to see these creatures in their habitat!

We spent the remainder of the day slowly sailing back to Caye Caulker, enjoying the sun and indulging in some of the local rum punch! 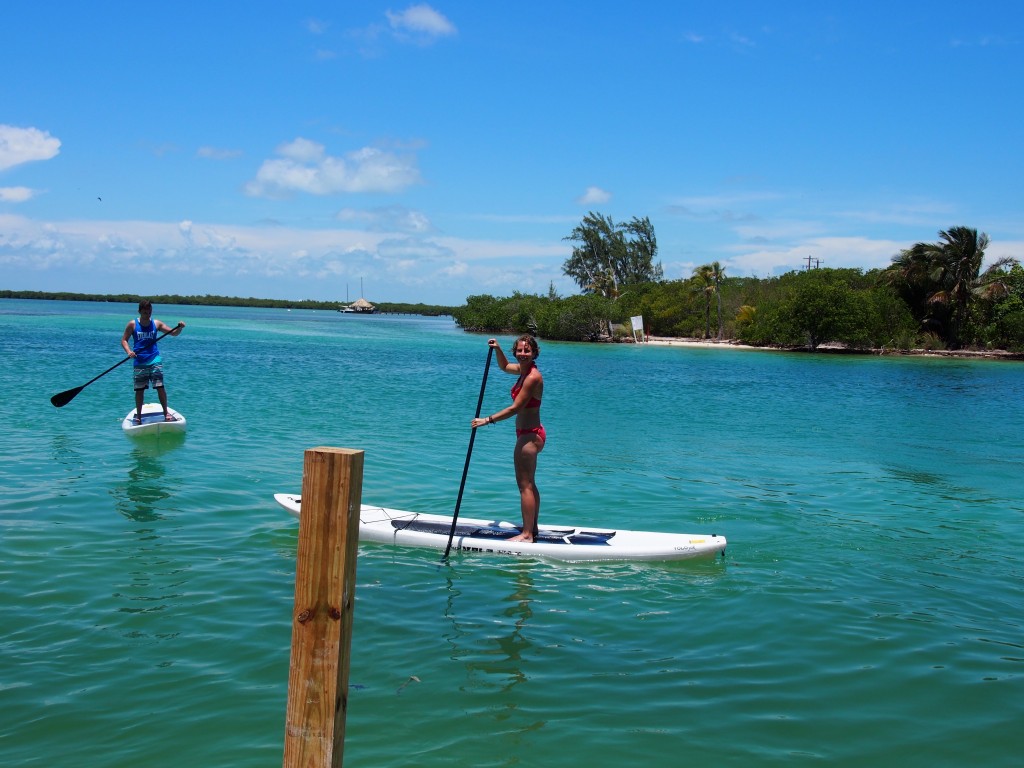