After a late night arrival and only a few hours sleep, my friends Steve, Jake, Laura and I hit the streets of Bogota for our one day of exploring the city.

Conveniently we were exploring on a Sunday which meant that entry to all museums was free and most central streets were closed to cars, which filled the city with people and street stalls. We visited Museo del Botero, Casa de Moneda and Museo del Oro. I’m not much a museum person, so I have simply provided a short summary of each of the museums. Aside from exploring the city on foot we also did the Graffiti walking tour and rode the cable car to the top of Montserrate for an awesome view of the city. 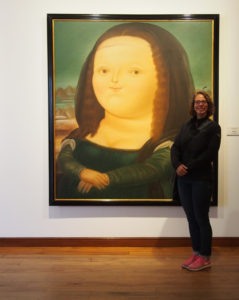 Museo del Botero is an art gallery primarily displaying the artwork of Fernando Botero. His style is to represent women, men, animals as ‘voluminous’ or in my words, fat. In addition to the quirky artwork, then architecture of the building is beautiful. It is very Spanish looking, whitewashed, multiple archways leading to an internal courtyard with a garden and fountain.

Attached to the Museo del Botero is the Casa de Moneda, a museum about the history of the currency in Columbia. It then also extends into another art gallery with a wide variety of works in various styles.

Further into the centre of town is the museum of gold, which informs the visitor of the history of gold mining in Ecuador. Showcased as also many traditional gold artifacts. 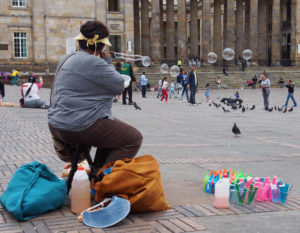 The main central square of the city is Plaza Bolivar. It is flanked on all sides by beautiful historic buildings. The plaza is a hub of activity, with street sellers of food and toys. Kids whizzing around on roller blades and bikes.

One of the main streets runs through the plaza, though I have forgotten the name. It is worth wandering down the main streets to enjoy the atmosphere, the local street performance art and random games, such as guinea pig racing. The streets were also full of various stalls selling almost anything you might want to look for. 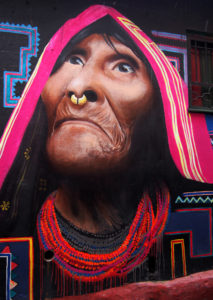 The Bogota Graffiti Tour is a free walking tour (tips based) around the Candelaria area of the city and then continuing into downtown, where the artwork becomes more politically based.

We were able to see numerous pieces by the same artist, and given visual indictors to look for in identifying the work of each of these artists. For example, the work of an artist referred to as Rodez can be identified by the use of multiple eyes and large array of colours. Jay’s intricate knowledge of the styles of each of the individual artists and the way he taught us to identify the artists made the tour so much more fascinating and personable. 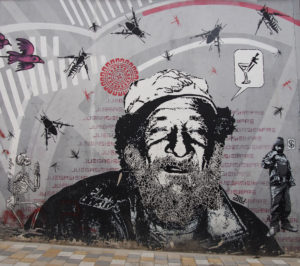 Though I am not by any means a politically minded person, some of the more controversial and fascinating stories Jay had to share were regarding Plan Columbia and a concept referred to as False Positives. To assist Columbia combat the drugs issue, the USA implemented an initiative called Plan Columbia in the late 90s. While there is debate as to whether the initiative was successful or not. There were some definite negative results. Possibly the most negative result of the initiative, were the false positives. There was some form of reward for killing guerillas (I’m no expert on the matter, so I am not going to say who was providing the reward or what type of reward it was, though I suspect financial). In order to gain a greater reward and appear to have greater success in the war on drugs, many civilians were kidnapped, dressed in guerilla clothing and murdered. These deaths were referred to as False Positives and were absolutely horrendous. While the US may have had good intentions, this was a case where the assistance may have been misguided and done more harm than good.

So much of the art was absolutely spectacular and I would highly recommend the tour!

To round off our visit to Bogota, we watched a sunset from the peak of Montserrate. Access to the mountain top is via cable car and/or funicular. I was given the recommendation to catch the funicular up and ride the cable car down, but the funicular was not running that evening. No matter which transport method you use the cost of a return ticket during the day is 18,000 pesos, or 19,000 pesos after 5:30pm.

The view of Bogota from Monsterrate was absolutely spectacular. It gave a good overview of just how far the city sprawls. As the sun dropped in the sky bathing the city in golden light, the street lights came up and the busy street network became visible.

The sunset from the mountain was the best way to end our visit! 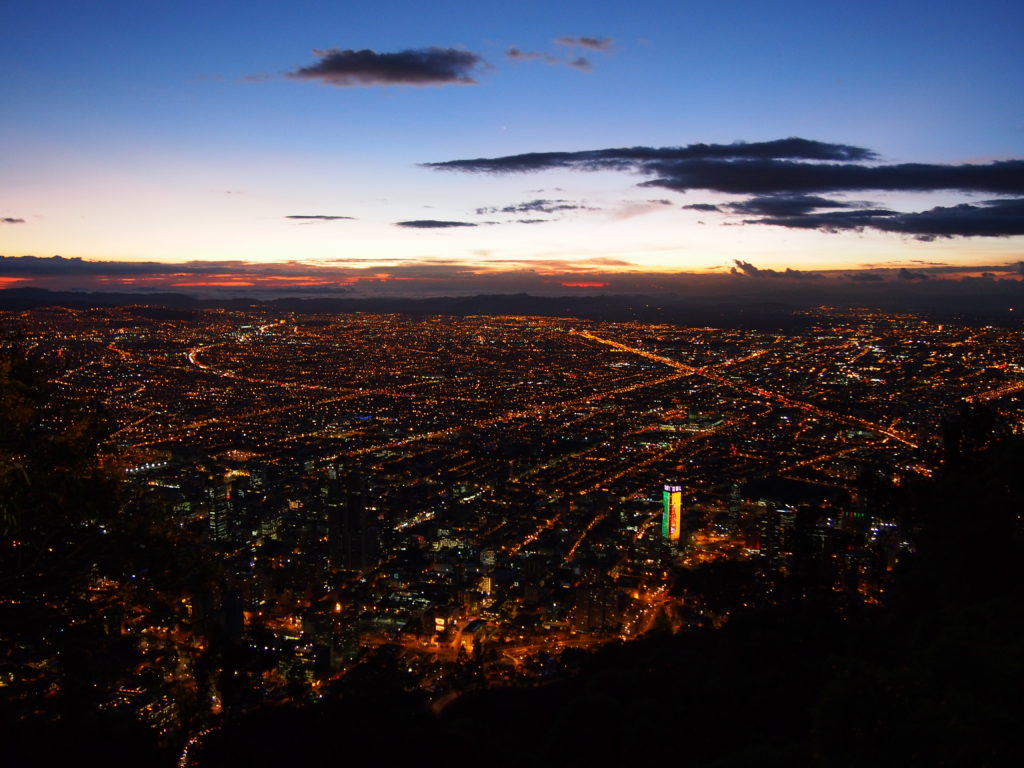 We stayed in Casa Bellavista Hostel for a reasonable cost per night with a delicious breakfast included; 28,000 pesos per night. The location was in La Candelaria, it was close to many bars and food options. It was easy to walk to all of the things we wanted to see, and there was loads of street art in the area.

One thought on “Buzzing around Bogota”