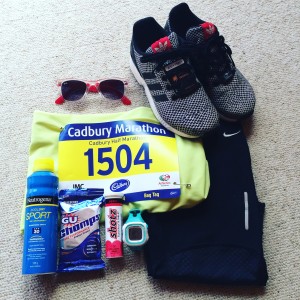 I started running in the summer of 2014 as a way to improve my mental as well as physical health. Running is something I have never loved, but it’s something I do from time to time. Usually I sign up for an event which then forces me to train.

My first crazy goal (Bucket List Item #11) was to complete the Point to Pinnacle, the “World’s Toughest Half Marathon”. Not only is it a half marathon (21.1km), but it goes straight up a mountain. Starting at sea level and finish at 1271 metres. I ran as much of it as I could (which was 13km) and completed the remainder of the course alternating between walking and running. I was incredibly proud of myself for finishing the race, and even managed to do so under 3 hours. This was in November 2015.

I was in Netherlands in the lead-up and spent my time training in the cold weather on super flat terrain. I mixed it up a bit by competing in the 15km Zevenheuvelenloop (Seven Hills Run) in Nijmegen; setting myself a crazy goal of not walking any of it and finishing under 1hr 30mins (never having run 15km in my life). I achieved my crazy goal 1hr 23mins and was thrilled!

I had set myself a similar goal for the Cadbury half, not to walk any of it and to finish under 2 hours. So off I trot, back to the land of Kangaroos and start training where it’s hot, dry and mountainous.
I was feeling quite disheartened as the heat and hills were getting to me, my running times were quite poor and I was having serious fatigue issues.

Brushing my doubts aside and feeling determined, I turned up on race day, at the butt-crack of dawn. Despite a weather forecast for sun and 27degrees, the morning was overcast, fresh and dry, without any wind. Perfect running weather! 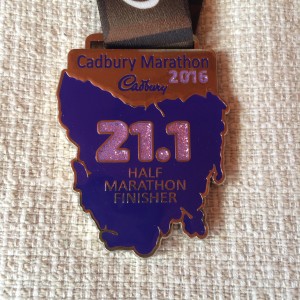 The gun went at 6:30am and I started running. Putting one foot in front of the other. I knew I needed to run a pace of 5mins 40secs per kilometre to finish in exactly two hours. So I aimed to run at 5m15s so I could bank a few minutes to deal with hills and fatigue later in the race. The course was reasonably pleasant, it had slight ups and slight downs. I hit a bit of a wall at the 10km mark, but readjusted my thinking, ate energy candy and kept on going.

The last 5 kilometres had more uphills, and fatigue was getting to me, but I soldiered on and thankfully had some minutes up my sleeve because of my earlier faster pace.

The final hill was a killer, but the 50-100metre home stretch was flat and I set in for a sprint to the finish, waving at my mum and friend Funnel on the way past. Crossing the line at 1hr 53minutes I was beside myself.
I DID IT!!!!!!

Standing excitedly by the finish line, Mum, Funnel and I eagerly awaited Rachel’s finish. With 3 weeks of training she brought home a strong finish in 2hr 45mins. An absolute killer effort for a last minute decision! 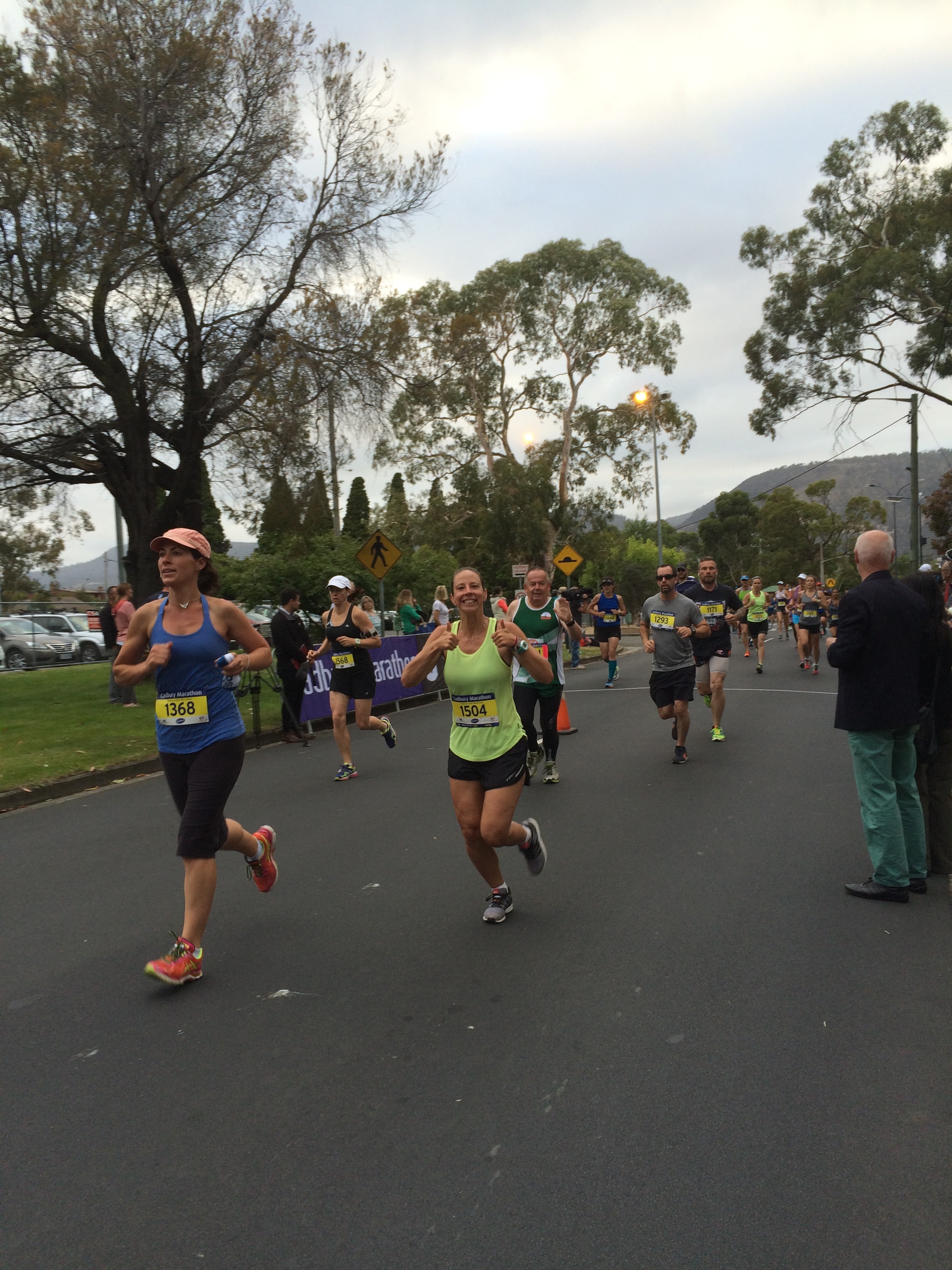 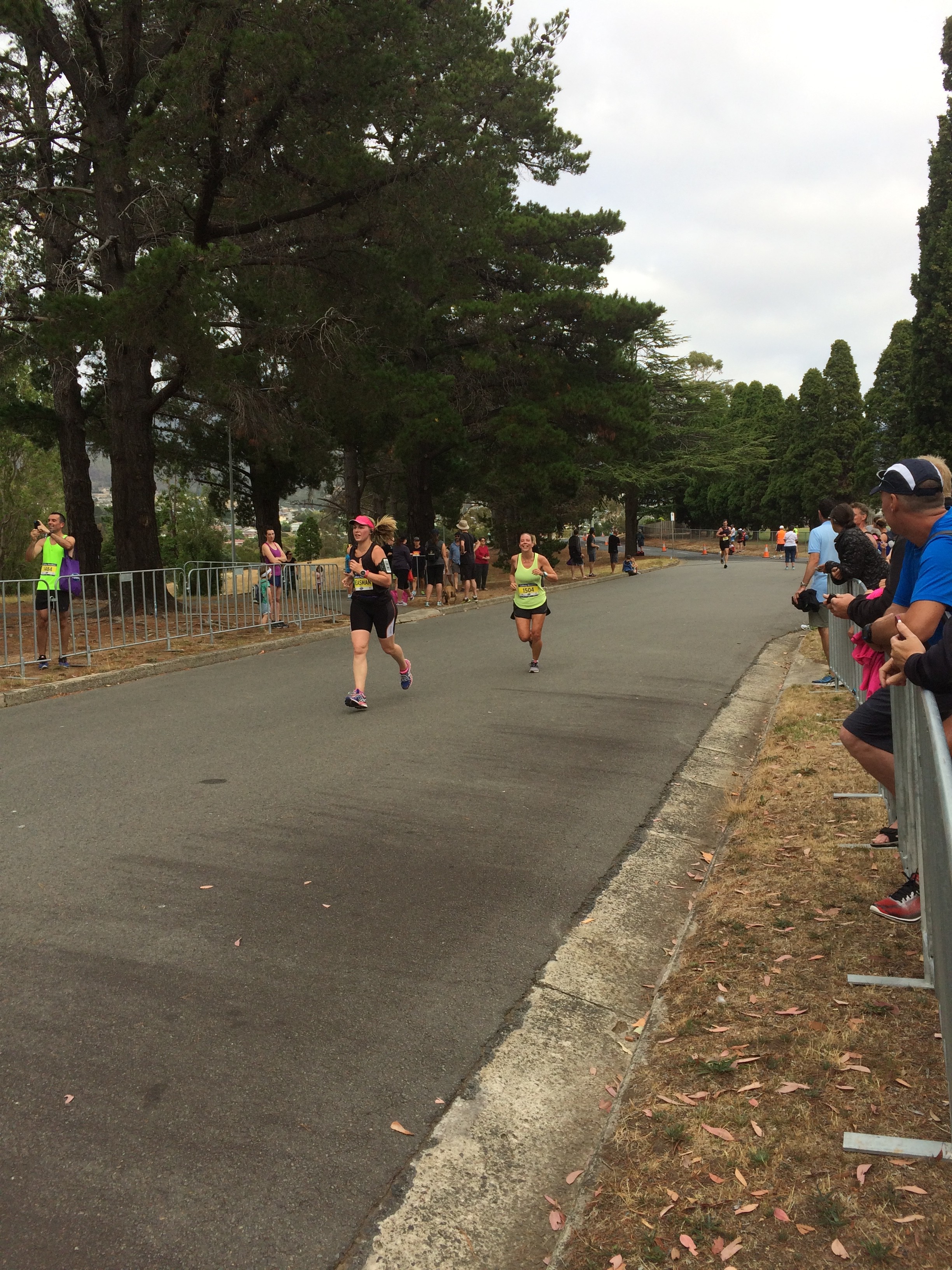 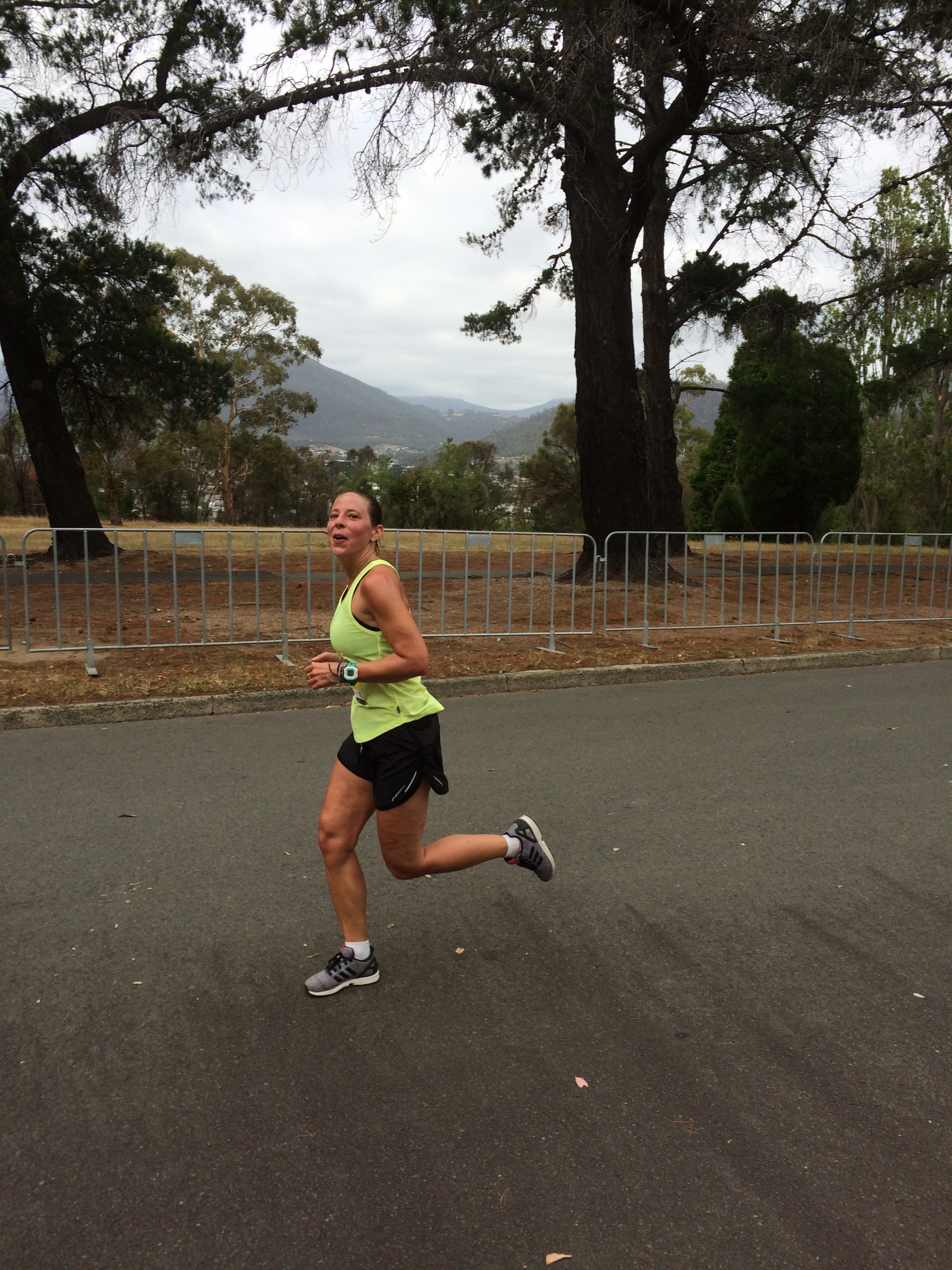 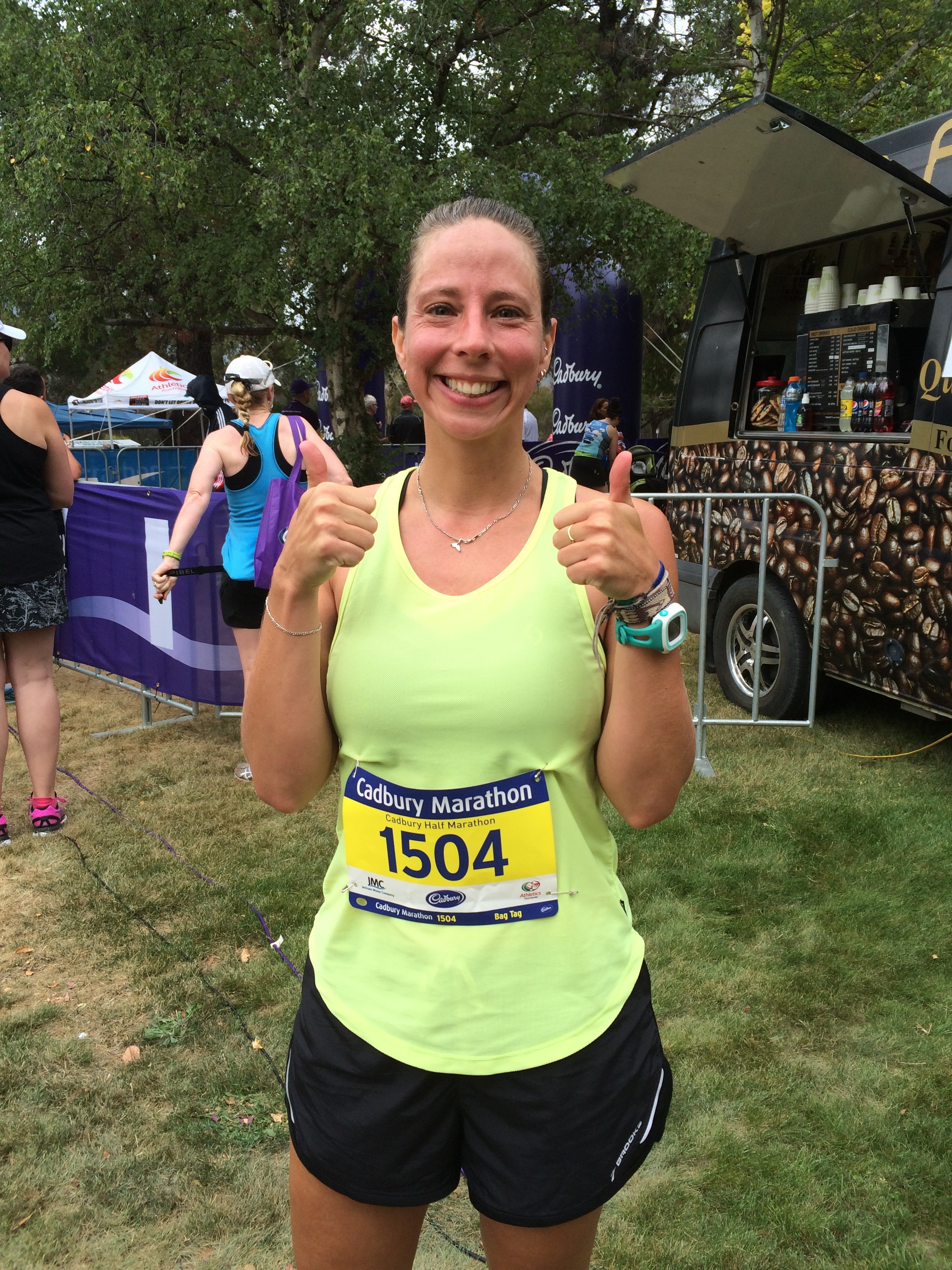 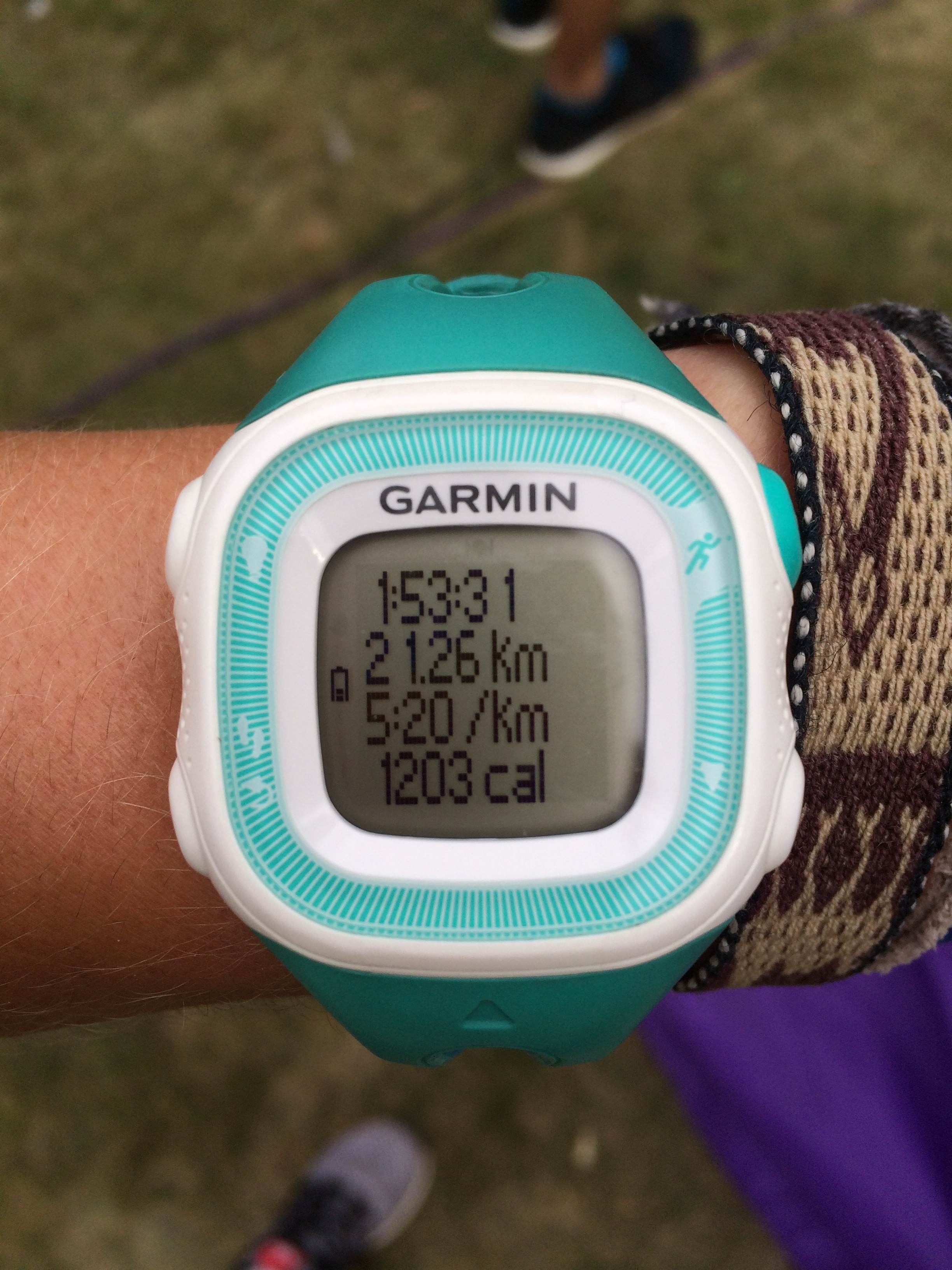 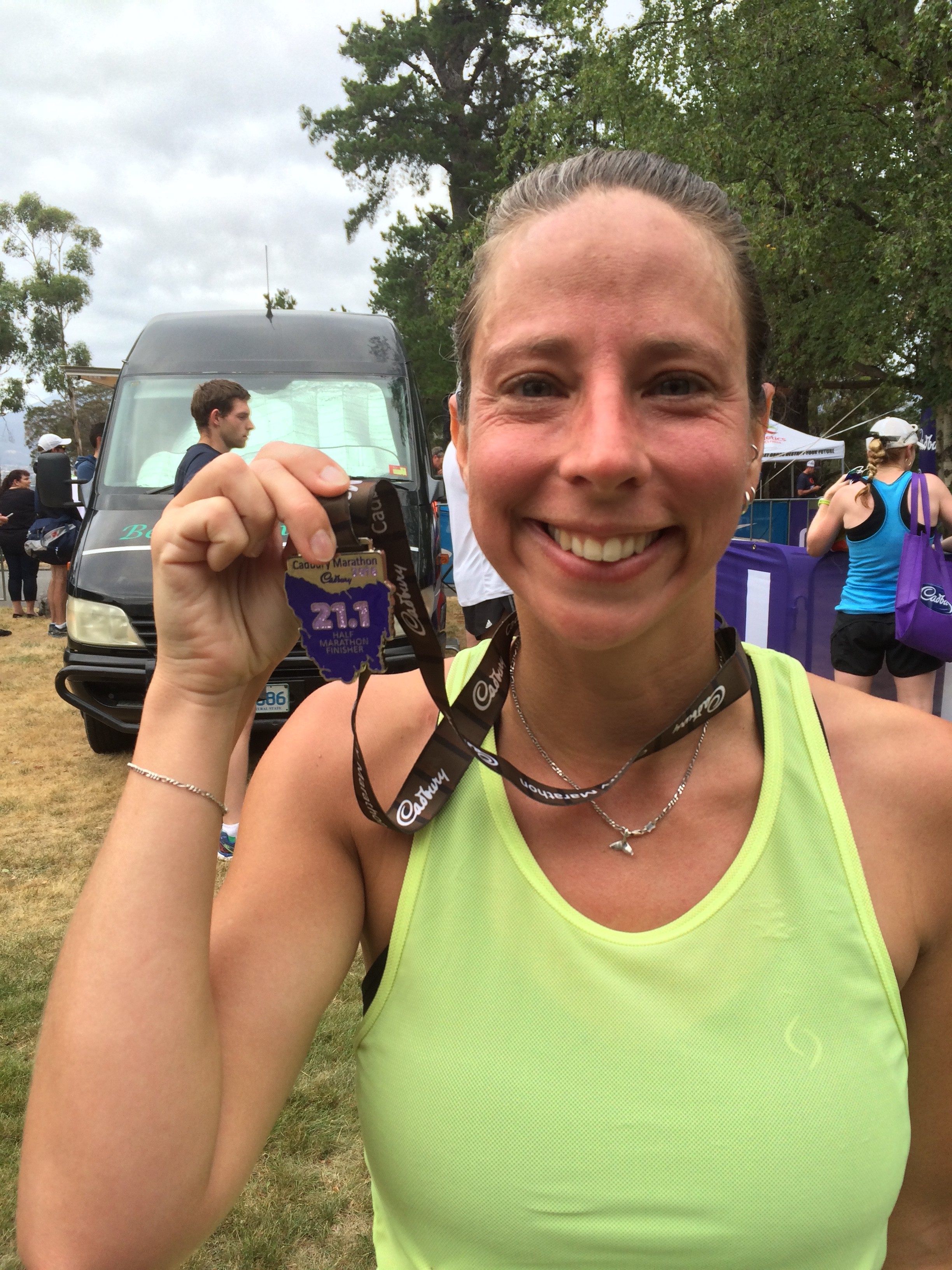 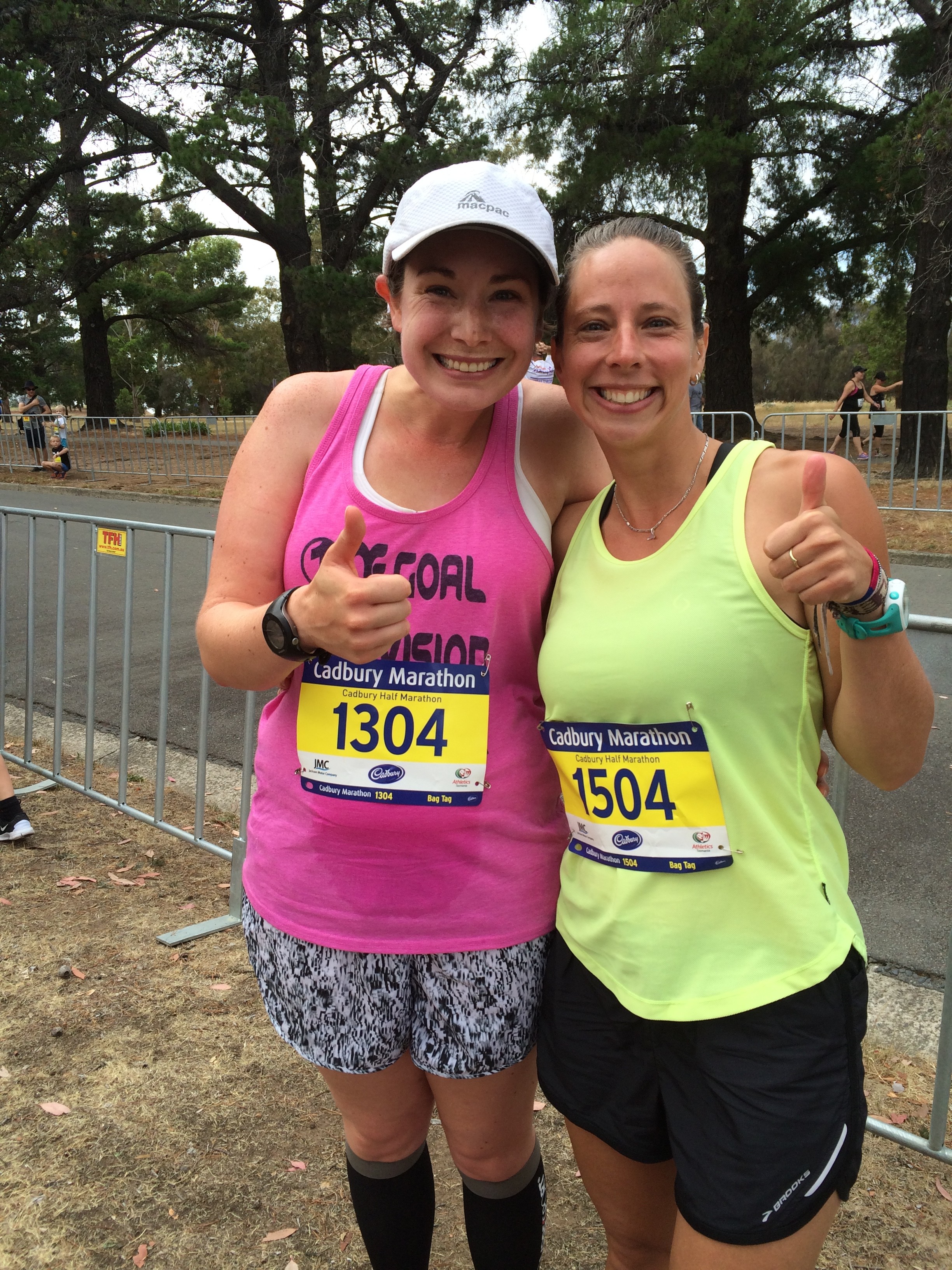 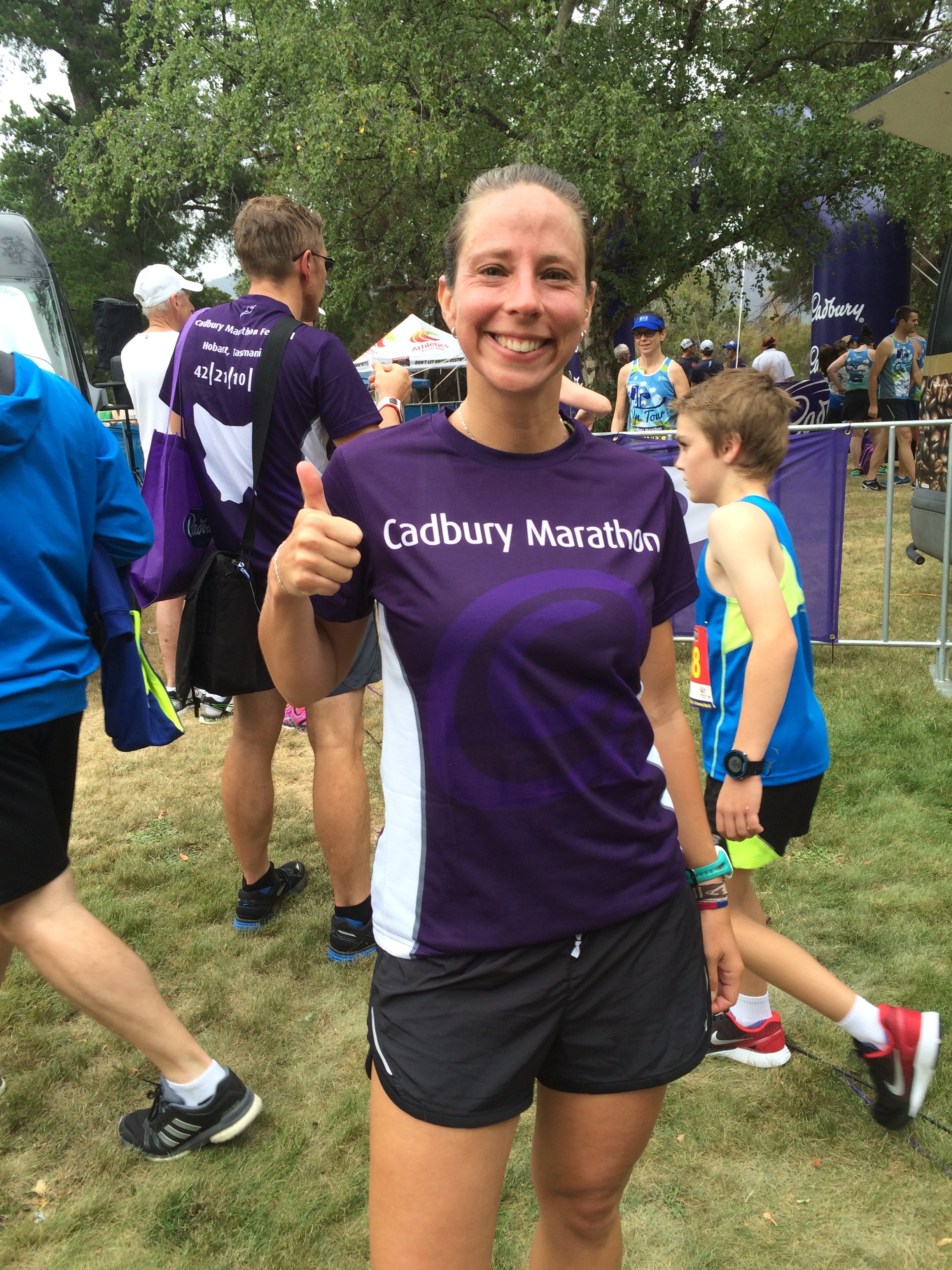