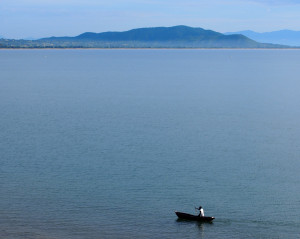 Malawi is a fairly small country in south eastern Africa with a very high population. While it is a landlocked country, not bordering an oceans, it does border an enormous lake, Lake Malawi. Lake Malawi is half in Malawi and half in Mozambique.

Our tour group spent four nights in Malawi, mostly just relaxing by the lake side.

NB: Lake Malawi contains a parasite commonly known as Bilharzia. While you could potentially get the parasite from swimming anywhere in the lake, it is unlikely you would be at risk from swimming in many of the common regions. I recommend talking to your travel GP about the parasite before travelling, and then making your own decision about the safety of swimming. 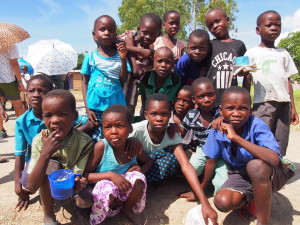 Maji Zuwa was our first lake side accommodation. It is run by an American who facilitates aid organisations to help build up the neighbouring community with education, health care and Women’s rights.

We were given a tour of the local village to see the schools, medical clinics and legal offices. The children in the schools were so excited, they all wanted hugs, high fives and to be photographed. 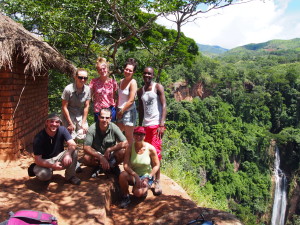 Livingstonia is a mountain-top town named after the famous explorer David Livingston. The mission in Livingstonia was built in 1884 by Dr Robert Laws. With the towns establishment by people from the United Kingdom, the architecture has a colonial style, which is quite fascinating to see in Africa amongst all the local and traditional style architecture.

A small group of us decided to attempt the hike from the tiny town of Chitimba to Livingstonia town. It was a hot, humid, sweaty, gruelling 11.5kilometres ascent. Three liters of water and three hours later we arrived close to the top at Manchewe Falls, where we stopped to eat our packed lunch and sit in the shade briefly. The falls cascade 125 metres down the mountainside and are really quite beautiful. Behind the falls is a track to a local cave, but visiting it would have added an additional 2 hours to our hike, so despite our curiosity, we decided not to see it. 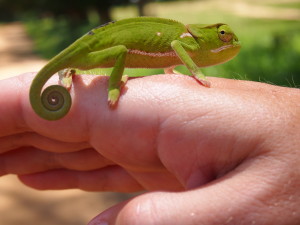 Thirty minutes from the falls, we finally arrived in Livingstonia where we restocked our water supplies before enjoying looking at the old buildings and learning a little bit about the towns heritage. Walking along the road, we also found a small chameleon, which I thought was fabulous and enjoyed a ‘cuddle’.

After checking out the town, we paid for a ride down the mountain on the back of a pickup truck. The road down has 20 hairpin bends often on a cliff edge – quite the ride!! 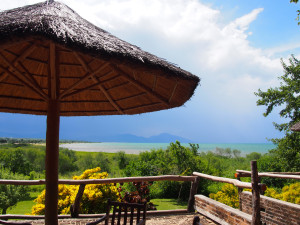 The last night in Malawi was spent further south on Lake Malawi, at the beautiful beachside lodge, Ngala Lodge. The managers were really friendly and helpful and spent the evening chatting and drinking at the bar with us.

It was a very relaxing place to spend a night, we throughly enjoyed it and the use of the pool; we were sad our stay was so short.