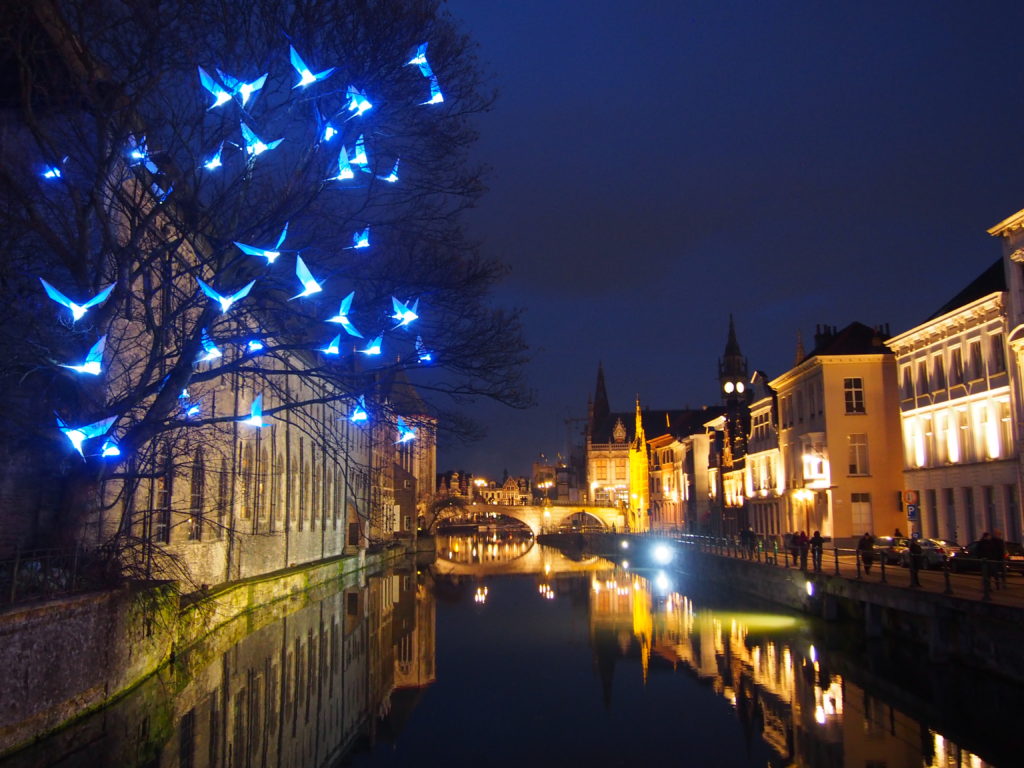 Living in the South of The Netherlands, the closest international weekend getaway location is Belgium. With a reasonably last-minute decision, a friend and I drove down to Antwerp and Gent for the weekend and throughly enjoyed exploring these two towns.

Arriving in Antwerp we parked the car and started exploring the city on foot. We parked at the Grote Markt and walked a big loop along the river Scheldt, through the area called Zuid, Sint-Andres and into the historic centre. In our wandering we enjoyed stops for food, coffee and of course Belgian chocolate bon-bons. We also stopped by some of the historic sights of the city, many of which are UNESCO Heritage listed.

Much to my disappointment there were no free walking tours running at the time of my visit, perhaps due to Winter. If you are headed to Antwerp, I’d recommend checking if they are running the tours. 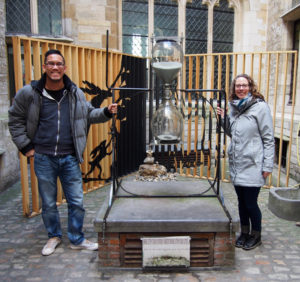 Het Steen is a medieval fortress on the Scheldt river. Antwerp is one of Europe’s biggest ports, and Het Steen was previously used to control access to this port. It is a beautiful old building and is free to wander in for a look.

Near the entrance to the fortress is a sculpture called Lange Wapper, a Flemish folklore character. Inside the first courtyard is also the worlds oldest half-hour hourglass which I thought was beautiful. 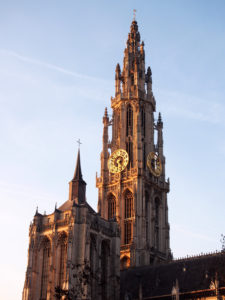 The Cathedral of our Lady is a roman-catholic cathedral from the 1500s in the historic centre of Antwerp. The bell tower has quite a striking clock face  and can be seen from various points around the city.

I enjoyed views of the cathedral from outside, but missed out on going inside as I got there after closing time.
Entry costs €6, check the opening hours. 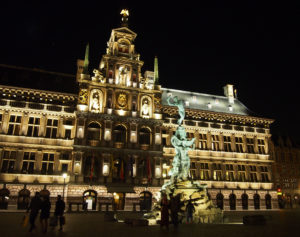 The Town Hall of Antwerp can be found in a large open plaza called the Grote Markt.

The Stadhuis, town hall, is also from the 1500s and is another example of renaissance architecture. The Stadhuis has a beautifully structured and decorated gable.

Standing in the Grote Markt you have a beautiful view in all directions; a series of various shaped gables are a stunning silhouette against a sunny blue sky. This is a great spot to sit outside on one of the many terraces and enjoy a local brew. 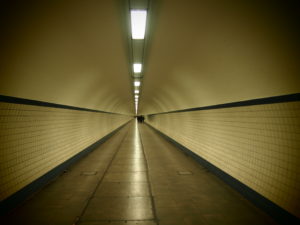 The Sint-Anna Tunnel is a lesser known gem of the city. It was established as a pedestrian and bicycle tunnel to cross from one side of the river to the other, in the 1930s.

The tunnel is 572 metres long and is still in use today. The 30s architecture of the tunnel is super charming, along with the wooden escalators.

In addition to the charming tunnel, the view of Antwerp from the opposite side of the river is worth the walk. 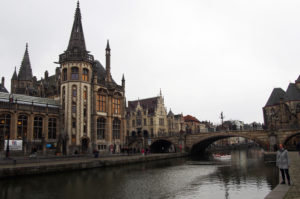 Roughly an hours drive from Antwerp is the magical town of Gent. It reminded me of Bruges, as they both have canals winding through the town. Despite thoroughly enjoying my half day in Antwerp, it was Gent that stole my heart.

The town is wonderfully charming; it has a friendly feeling to it combined with old world character. Sitting at a cafe beside a canal watching the boats go by, drinking a latte and tucking into a Belgian Waffle was such a fantastic way to spend time. 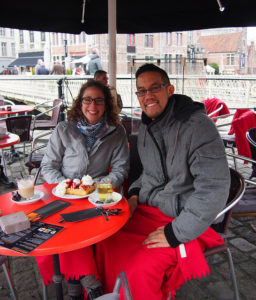 The boat tours leave from either side of the Leie River near the Graslei. It’s a relaxing hour cruising up and down the canal learning about the history of the town.

Some of the more interesting things I learned included the fact that: the town has a whopping 53 churches, every guild in the town had its own church; the town has only one building with a wooden facade, all wooden facades were banned in Europe after the London fires of 1666; and the Dutch expression Stone Rich (Steenrijk) originated from historic times when only very rich people could afford to build stone houses.

Some sights to check out… 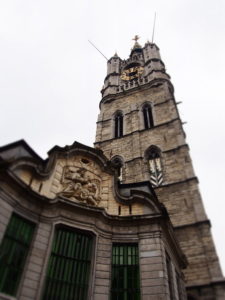 The Belfort of Gent is one of the three towers looking over the city’s historic centre. It is flanked by the Sint-Niklaaskerk (which I did not visit) on one side and Sint Baafskathedraal on the other side.

The Belfort was constructed in the 1300s and has been used as both a bell tower and fortified watchtower. The tower spire is adorned with a gilded dragon, which I consider to be such a charming feature.

My favourite aspect of the Belfort is that it is open for the public to climb, entry costs €8. The long way up a narrow winding staircase, is rewarded with stunning views over the historical city of Gent.

Sint-Baafskathedral is another cathedral of Gothic architecture, which is free to visit. The exterior of the cathedral is undergoing renovation, but what you can see is certainly beautiful.

It is a stunning cathedral to visit, with beautiful old artworks adorning the walls, and meticulously detailed sculptures, altars and alcoves. It is worth stopping by for a look. 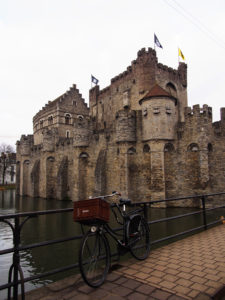 Gravensteen is one of very few castles in the world that can be found in a city centre; it looks imposing yet dignified in the historic centre of Gent.

The castle has an entry fee of €10, and I chose not to visit it on this occasion.

On Big Canon Square (Grootkanonplein) you will find a 12,500kg Canon. The canon is rumoured to have been used once, on which occasion it shot a big bad canon ball that was so heavy it only fell 5cm from the mouth of the canon.

Now it serves only as decoration and has the nickname Dulle Griet, or Evil Woman.

The Korenmarkt is the main city square in Gent, and has beautiful historic buildings on all sides. When we walked through the square it was filled with tourists and locals enjoying a warm winters day out, and with children running after the clouds of bubbles floating through the air. Such fun and laughter!